Cancers and the tumour microenvironment

The importance of understanding and 'reprogramming' the tumour microenvironment 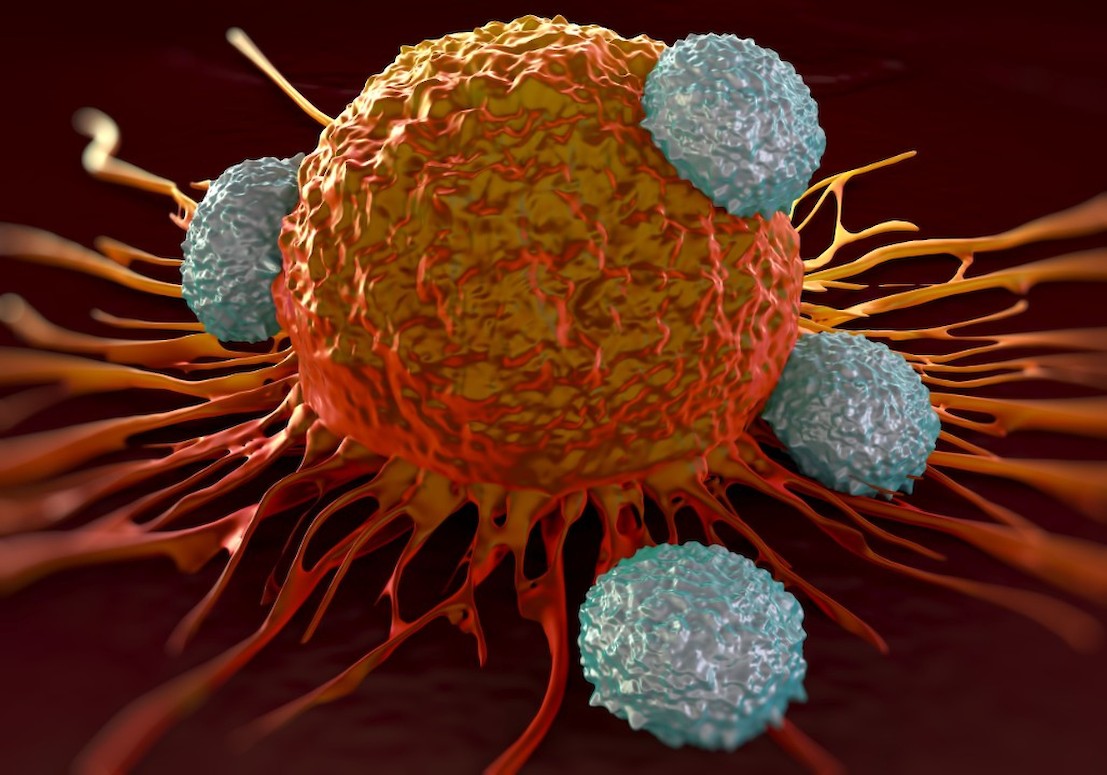 Every cancer is a complex microenvironment of malignant cells supported by a wide variety of ‘normal’ cells that are recruited, and often corrupted’ by the malignant cells to help the cancer grow and spread. There are ‘exhausted’ immune cells, over-active fibroblasts and tortuous leaky blood vessels often supported by a stiff and abnormal fibrous mesh. Understanding and ‘reprogramming’ this microenvironment can restrict vital supplies to the cancer and re-awaken the immune cells to recognise and destroy malignant cells.

Frances Balkwill is Professor of Cancer Biology at Barts Cancer Institute, Queen Mary University of London. She is especially interested in translating knowledge of cancer biology into new biological treatments for cancer and has published 250+ scientific papers and reviews during her career. In 2006, she was made a Fellow of the Academy of Medical Sciences and has served on its Council. Fran is a frequent plenary and keynote speaker at international meetings.

Fran is also actively involved in communication of science to non-specialist audiences, especially young people. Fran is Director of the Centre of the Cell, a biomedical science centre for children, educational website and outreach project in East London. There have been more than 170,000 participants in Centre of the Cell activities since opening in September 2009. Fran's science communication work has been recognised by the award of the 2004 EMBO prize for communication in the Life Sciences and the 2005 Royal Society Michael Faraday Prize. In 2017, she was awarded the Cancer Research UK Inspiring Leadership in Research Engagement Prize.
Together with illustrator Mic Rolph, Fran has also produced thirteen science books for children on cell and molecular biology with titles such as Enjoy Your Cells, The Egg and Sperm Raceand You, Me and HIV. These books have been translated into at least twelve foreign languages with over half a million copies sold worldwide.

Fran is a non-parliamentary board member of the Parliamentary Office of Science and Technology, POST, and serves on MRC and ERC grant committees. Fran was awarded an OBE in the 2008 Queen’s Birthday Honours list. In 2015 Fran was awarded the honorary degree of Doctor of Science honoris causa by the University of Bristol where she studied as an undergraduate.

For the first time, researchers at the Barts Cancer Institute (BCI), Queen Mary University of London, have profiled what happens at the site of tumour metastasis as cancer grows and develops.