The search for the genes that increase the risk of depression 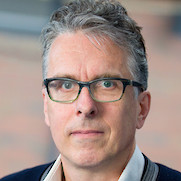 Ed Bullmore trained in clinical medicine at the University of Oxford and St Bartholomew’s Hospital in London, then worked as a Lecturer in Medicine at the University of Hong Kong, before specialist clinical training in psychiatry at St George’s Hospital, and then the Bethlem Royal & Maudsley Hospital, in London. His research career started in the early 1990s as a Wellcome Trust (Advanced) Research Fellow and was initially focused on mathematical analysis of neurophysiological time series. Since moving to Cambridge as Professor of Psychiatry in 1999, his interest in human brain function and structure has increasingly focused on complex brain networks identified in MRI and other brain scanning data. Since 2005, he has worked half-time for GlaxoSmithKline first as Head of GSK’s Clinical Unit in Cambridge and since 2013 as Vice-President, Experimental Medicine in ImmunoPsychiatry. He is Clinical Director of the Wellcome Trust/MRC funded Behavioural & Clinical Neuroscience Institute, Scientific Director of the Wolfson Brain Imaging Centre, and Co-Chair of Cambridge Neuroscience, in the University of Cambridge; and an honorary Consultant Psychiatrist and Director of R&D in Cambridgeshire & Peterborough Foundation NHS Trust.

Prof Edward Bullmore was interviewed on BBC Radio 4's Start The Week on 7 January 2019. You can listen to the programme online.

Further details of his recent book, "The Inflamed Mind", are available here, and there's a good video on YouTube explaining his ideas.

Outstanding. Prof. Bullmore gave an excellent lecture which dealt with a complex subject with great clarity, accessible even to one such as myself who never knew the joys of O Level biology. Please keep an eye on how his theories develop and mark him down for a return visit in two to three years, please.

A brilliant presentation of his subject; clearly delivered and informative and without distracting movement.